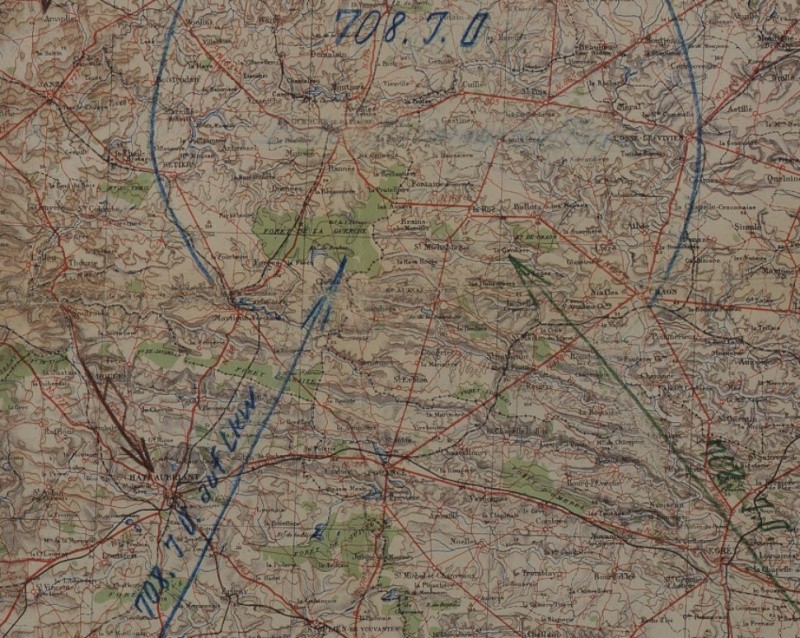 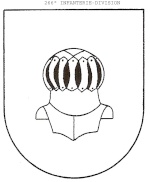 On 2 August the division was marching in several groups8:

I. Group (towards Angers):

On 4 July the Füs.Btl. and two Pz.Jäg.Kp. were located between Laval and Angers. Just north of Angers were three battalions, one artillery battery and one engineer company. The division staff and rear services were south of Angers.10

This meant that the division's route to Normandy was soon to be cut by advancing US forces. On 5 August the US 313th Infantry Regiment appeared outside Laval and two days later elements of the US 5th Armoured Division reached the area south of Le Mans.11

On 5 August combat elements of the divsision had reached the following positions12:

The rest of the division seems to have been south of the Loire.

Possibly large parts of Gren.Rgt. 748 were surrounded at Le Mans and destroyed.14 Elements of it, under command of Col. Viebahn, broke out of encirclement.15

It seems that the division employed about 5 000 men in Normandy, while the rest remained south of the Loire and retreated towards the Vosges in eastern France. Those elements committed to the battle in Normandy, units with poor mobility employed over a vast Front against a numerically superior and motorized enemy with air superiority, seem to have been largely destroyed. Probably losses amounted to at least 4 000, mainly in the form of prisoners.